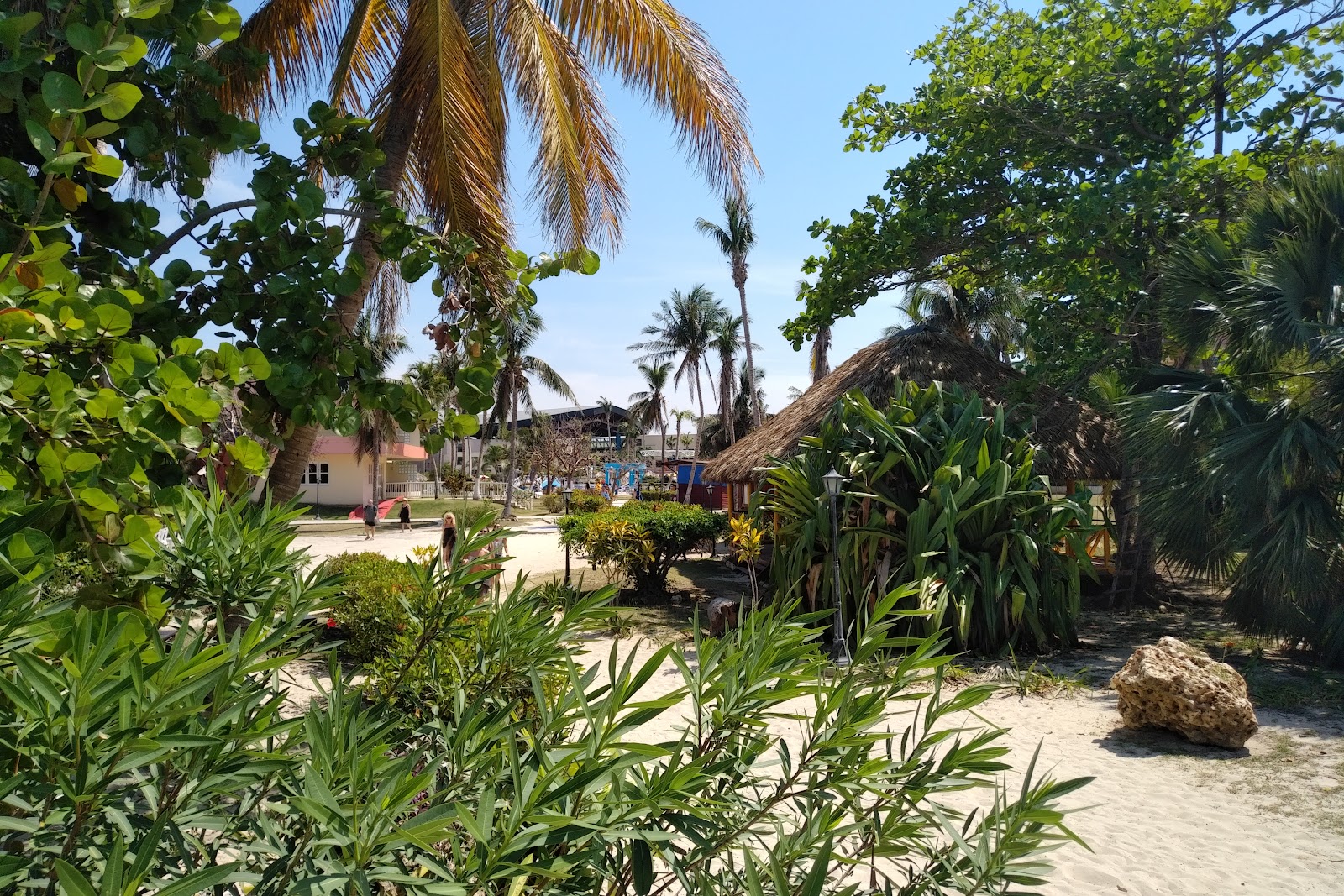 Cheyenne finally had her first hot shower today. I gave her a high five. We couldn’t figure out why everyday, after I heard her shriek in the shower, I would enjoy a nice, warm shower. Apparently she may have thought they put the sticker on the wall indicating which way is hot, upside down or something. It may not be a strong stream but give it a few moments, and the heat does at least come. “It’s much easier to wash off the soap with hot water”, Cheyenne smiled.

We attempted the pool after breakfast, one meal we never missed in the dining room all week, but it was cold. It was a quick, refreshing dip after baking in a lounge chair for a couple of hours.

We also had our first lunch at the beach restaurant which wasn’t bad but we prefer the poolside bar or the dining hall for lunch. The atmosphere was the best at the beach bar though with the Cuban band playing throughout our meal and all the foliage separating the bar from the ocean.

The afternoon was beach day numeral dos and it was the perfect day weather wise. The beach and ocean were both packed, and their wasn’t a cloud to be found.

In the evening we met a group from Quebec at the poolside bar, and they called us over to their table where a personal boom box was pounding popular English and French tracks. We danced, did shots, and tried talking to them all but only two spoke any English and one, Jean-Paul, helped his girlfriend translate the words she didn’t understand. JP still had a think Francophone accent and sounded like a charterer off of Slapshot. They were a fun, pleasant bunch. Even Linda from Saskatoon came over to party with us.

We checked out another show by the beach bar late in the evening before calling it an early night with the bus leaving at 7:45 for our Jeep ‘Safaris’ the next day.

Baking in the hot sun all day really takes a lot out of you. Relaxing is exhausting. Laughing out loud in my head.